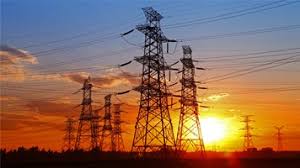 The Ministry of New and Renewable Energy (MNRE) has issued a notification regarding scheme for power to be produced by Government Producers and the role of distribution companies (DISCOMs) for the smooth implementation of the second phase of the Central Public Sector Undertaking (CPSU) program. This government program aims to provide for use of 4000 MW of power in the next 3 yrs, each year being 4000 MW and the total being 12,000 MW of grid-connected solar photovoltaic (PV) power projects. The power can be used by government entities for self-use or use by other government entities.

Interestingly, the scheme provides for a maximum cap of
INR 3.5 per unit, with other charges like wheeling and transmission etc, as extra, and allowed to be collected separately. The scheme mandates that the panels used must be domestically manufactured. This should also come as a boost to the local manufacturing units, located in India, though the debate on price competitiveness of such players compared to players from China, remains suspect. The detailed link to the entire scheme and its finer nuances can be found here. The 12 GW of capacity is expected to be created over the next 3 yrs and there are year wise targets as specified above. SECI shall be the implementing agency for this scheme.

The DISCOMs can set up their own solar plants as well, and bring in the capex required via the EPC contractors who can be roped in to set up the plants, and PPAs can be signed for long term. We had earlier written about the role that DISCOMs can play as aggregators, for solar power. The link to this post can be found here.

The PPAs can be signed for 25 years in the scenario where the EPC players are putting in the capex investment. The scheme allows for incentive to be paid in case there is excess generation ( or penalize if there is lower generation), as per commitment by the EPC player setting up the plant. The ownership of the plant is with the DISCOM. In such scenario, the capital payment is paid out in 25 instalments by the DISCOM. The evaluation is basis the lowest cost / KWh as derived from the bidder / EPCs response.

There are 4 different scenarios, that are envisaged in the scheme, where the govt producers, can use the solar power generated on their own, or supply to other govt entities, or even supply to an unknown pool of govt entities who consume this power. As reported previously by Mercom, the second phase of this program received the President’s approval in March 2019. According to a previous notification by the government, the implementation of this program is expected to create an investment of ₹480 billion (~$6.70 billion) and provide direct employment to 60,000 people for about one year in pre-commissioning phase and 18,000 people for the next 25 years during the operation and maintenance period.