New Updates have been published by The Himachal Pradesh Electricity Regulatory Commission (HPERC) via an an order for net metering of rooftop solar grid-interactive systems. 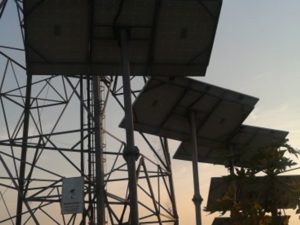 A draft order had been issued earlier in March 2019, and a final order has been passed and notified now, related to net metered solar rooftop plants in Himachal Pradesh. Enlisted below are the salient points that are applicable and
that are relevant for solar rooftop pv systems installers and consumers based in the state of Himachal Pradesh.

1. Applicability : Post November 15, 2018 ( for all systems installed after this date). Any domestic household installing a solar rooftop plant shall be covered via this order. Such households wish to sell power to the grid, or feed excess power into the grid.

2. Excess power fed into the grid shall be duly compensated by the discoms at a rate that is the 30 % of the average weighted average per unit rate, at which power has been purchased by the discom from a ground mounted solar PV plant. This rate shall be uploaded on the discom website on or before Feb 15th of the financial year, and in public knowledge.

3. The settlement shall be done at the end of each settlement period. For a proper understanding, it is clear that households may be able to generate a small excess, and feed that excess back into the grid. During night time, most households would consume some energy, and part of it will be drawn back from the excess the household solar PV plant had fed into the grid. If there is still some credit left, the DISCOM is bound to settle it at the end of the settlement period.

The policy could have been more progressive, and derived learnings from other states’ experiments and policies. For example, for Delhi residents, for rooftop PV solar plants, they are allowed to pool power. One would imagine that in a state, where ample land is available at not expensive rates, the state government would adopt a view to allow residents to pool power as well. Technology is available to ascertain the source of power and debit / credit individual power producer accounts.

Installers and Solar equipment Integrators like Urja Unlimited, could help install solar PV plants, at household level, and for domestic consumers,to benefit from free solar power generated using solar. The policy in Himachal Pradesh can at best be called average and not so attractive. If the state administration is banking on this to increase solar power adoption rates significantly and be a game changer, they may need a re-think. Unless the policy is overhauled and done quickly, the state may lose the inherent advantages of ample sunshine, and cheap land to other states.