Micro grids can reduce gaps in energy-poor areas: CSE Energy experts of the Centre for Science and Environment (CSE) at a workshop mentioned that Micro grids based on renewable energy, which will allow decentralised generation of power for clusters of villages, could fill the energy gap in rural India.
At present, a population of 300 million, nearly a fourth of the country, has no access to electricity. Over 800 million cook on biomass and suffer from indoor pollution. Nearly 45 per cent of all rural households have no electricity and depend on kerosene for lighting.The CSE suggested that while the choice of technology could be left to the developer, in the grid-connected villages, mini grids will act like a franchise to the electricity distributor.
The consumer can pay the tariff of conventional energy and the difference can be paid as feed-in tariff by the discoms. The money for the feed-in tariff can come from sources like the National Clean Energy Fund, this is the tariff model suggested by officials.
The only problem with this approach is that while there is discussion on mini grids, and larger grids ( 10-100 KWp) capacity, and integration with conventional grid, it will be slow implementation. Pico Grids ( or micro grids) in the range of 1-2KWp are quicker to implement, can be replicated, and go where there may be no conventional grid available in the 3-5 km radius as well. More importantly, there are perfectly feasible and economically viable. 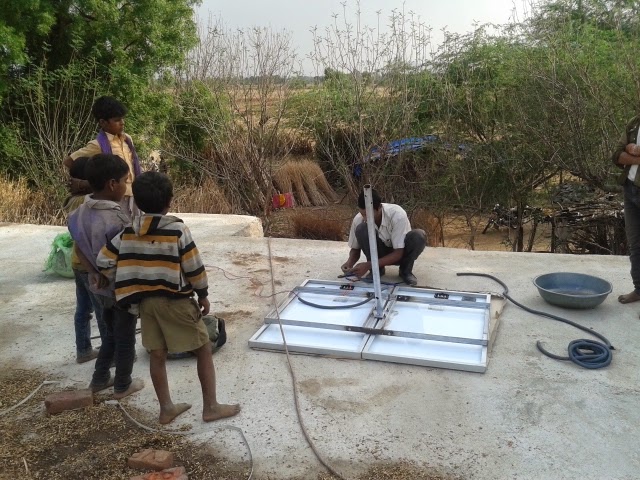 The other problem is the inefficiency of distribution. According to a recent report by World Bank ( More Power to India ; The Challenge of Electricity Distribution), 20 % of electricity is not paid for by consumers. A key factor outside the distributors’ control is that they are not fully reimbursed for the high costs of setting up rural power lines and supplying below-cost power to farmers and rural users. Although distributors are mandated to do this by the government, there is often a large gap between the payments due to them from the state and the amount they actually receive.
We now look to large FIs, and investor bodies to come forward and fund part of this grid, in the process generating decent returns ( 8-12% p.a). Payback periods in most grids is less than 4 years. Now if that is not attractive enough – what is ?