Electric Vehicles in India is clear Need of hour 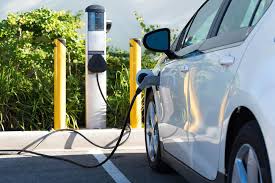 India being on verge from developing to developed economy, targeting GDP of 7.3% in next 5 years. India has also committed to reduce the emission intensity by 33 -35% by 2030 against 2005 level. According to United Nations Framework of Convention on Climate Change (UNFCCC), the energy sector of India has emerged as the largest contributor of the green house gases.

The first draft of the E- vehicle policy on adoption of e – vehicles in India was drafted in November 2018.  After several rounds of discussion with various associations Transport industry, UN, general Public and NGOs such as CSE, their comments were incorporated.

The adoption of e-vehicles in Indian scenario has high potential as we have great availability of skilled manpower, technology and IT industry. Besides this we also have abundance of exploitable renewable energy resources. India has already well-established automobile industry infrastructure and consumer base that can afford and accept the transition to new technologies to leapfrog stages of development. The above circumstances position India to introduce the E – vehicles.

The launch of E – Vehicles would result in

Although the national mission on e-mobility has been launched on national level but each state has designed individual state level EV policies to cater their respective requirements. The state of the Karnataka was the first to launch the EV policy titled –“Karnataka Electric Vehicle and Energy Storage Policy”. All these states have set their targets in terms of number and types of EVs and charging stations/ battery deployment swapping.

Primary focus in most states are public transport, followed by government vehicles and Private vehicles.

Chairman of Maruti Suzuki India, Mr. Bhargva in his interview shared that the company is committed transitioning to Electric Vehicles but there are challenges for EV in India mainly from battery technology and infrastructure limitation.

According to Mr. Mahindra of Mahindra & Mahindra group, the transition to e vehicles will cause significant economic disruption in the value chain. The government of India needs to be flexible about the targets as the present sale of e – vehicles are negligible.

All electric vehicles have many benefits, but they also have some disadvantage when compared to gasoline powered cars. Electric cars are energy efficient but electric cars travel less distance in one full charge. Electric vehicles in one charge can run up to 110 km/full charge. Electric cars help to reduce the emissions but takes longer time to recharge. Fully recharging of battery pack with a level 1 or level 2 charger can take up to 8 hours. At present the availability of charging points are very low in number thus electric car driver must plan more carefully. Electric cars are more energy efficient and needs low maintenance but are more expensive and battery needs to be replaced more than once over the lifetime of the car. To make the transition faster the market needs to address the obstacles and build consumer desirability and acceptability.

The EV experiences throughout the world is limited. Even in countries where EV have been adopted, the choices and infrastructure of those countries are different from India.  Therefore every step and decision on EV should be taken with care. The Government of India should consult with automobile industry, DISCOMs, consumers and other relevant stakeholders to carefully roadmap the launch the launch of EVs.