Worldwide, primary renewable energy source on earth is solar radiation. Generation of Solar Energy and harnessing it has tremendous scope in a country with solar rich resource like India. Being a tropical country, India is blessed to receive solar radition through out the year which amounts for 3,000 hours of sunshine. Majority of parts of India receive 4-7 kWh of solar radiation per square meter ( which is considered very good insolation globally). The country has realised that it is cheaper to build and operate solar farms then to run existing coal fired power plants and this is also very good for the environment and reducing the ill effects of fossil fuel based energy production. Having recognised this, the National Solar Mission India (also known as JNNSM) was launched on the 11th January 2010. The mission set the ambitious target of deploying 20,000 MW of solar power by 2022, which was later increased to 175 GW whilst keeping the timleines the same,  by the government. 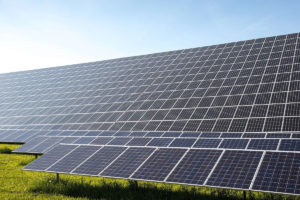 Consequent to the announcement of the National Solar Mission in India, the government decided to  implement the project in three stages.  The first phase was implemented during the period  2009-2013. With all the efforts and supported activities such as training, publicity, an awareness campaign a not too big – and a modest target of Grid Solar power of 10 MW was achieved. The second phase was intiated in 2014, that focused on improving infrastructure with greater emphasis on clean energy and energy security. Till November 2017, capacity of 12.87 GW of Solar Power was added.

India has a target of installing 175 GW of solar capacity by 2022 and is still 145 GW short of it. To achieve this ambitious goal, a ramping up of the yearly targets is the need of the hour. Yet, the challenges are immense.

Firstly, to achieve the 175 GW target, India needs investment within the country as well as foreign direct investment (FDI).Lack of intertest of financial institutions to fund renewable energy projects has been seen and is one big cause of not enough consumers and businesses going solar. This has caused some drag in terms of solar rooftop not meeting targets.

Secondly, the complexity of subsidy structure and the confusion along the GST and import duty on Solar equipment are yet to be resolved. This is basically around administration of various schemes and ensuring that these are done in a frictionless, easy to understand format for consumers. Like many government schemes, and departments across the globe, things have been made needlessly complex. It’s a classic case of complexity in administering policy and subsidy claims when simple technology solutions exist. In certain segments, one does not require subsidy – and its only now that some correctives have started to take place.

Thirdly, many manufacturers are mostly focused on export market and the government seems to be discouraging imports leading to a peculiar situation of high price /unavailability of photovoltic cells . A case in point is the countervailing import duty that has been imposed. Thus, while domestic manufacturing needs impovement and perhaps some support from government, over protection can also lead to throttling the free market around solar modules / electronics. The government, now, has also  launched schemes and support for such industry to be set up. A business case can be built up, to promote solar imports, across the globe, to provide some competition for a free market place to exist. At the same time, domestic manufacturers shall also be incentivized to export part of their production and compete globally.

Besides above economic and technological barrier the other issues are lack of social awareness about the technology. Lack of understanding of the technology has proven to be an obstacle in the acceptance of the solar PV  as an option by the local consumer.

In order to meet the high objective of the National Solar Mission (NSM), NSM needs to address the many key issues such asconcerning data, technology and finance. NSM should have strategic goals for the development of a globally competitive solar manufacturing industry.

In addition, there is also the need for training a large cadre of technical persons who can design, build and operate and maintain the large number of solar installations to ensure that they are generating energy in an efficient manner.